Back to Featured Events

There are few events in the Midrasha that rival the excitement of the celebration of Yom Yerushalayim, being as we are in the center of all the happenings, in the place in which such a pivotal part of our recent history played out during the 1967 Six Day War.

We begin the celebrations with ♫♪ "ירושלים שרים סביב לה"  ♫♪, a portable tisch which begins outside of Har Habayit and leads our students all the way up to Har Hazeitim, in song and with flags, with expert explanatons along the way by Rav Ari Shames of the events that led to returning Yerushalayim to the Jewish people. Students experience the exhultation of being among the throngs who all come to mark this remarkable historical event.

In the morning, after a joyous hallel, students choose from a series of classes by staff on Yerushalayim through time and to this day.

A festive lunch includes an eye-witness report by Mr. Tzvi Friedman, father of Rabbanit Dana Slae (Rosh Midrasha of the Israeli program) who was among the paratroopers who had the privelege of re-conquering the Old City of Jerusalem, famously ending with the statement 'Har Habayit beyadeinu', the Temple Mount is in our hands. Mr. Friedman tells, with simultaneous translation by Rav Shames, of the bravery, the incredible risk, the loss of friends, but the miraculous nature of the events of re-taking the Old City.

In the afternoon, students join the multitudes who fill the streets of downtown Jerusalem for the 'Rikudgalim', the flag march, dancing and singing their way to the Old City and ultimately to a special tefila at the Kotel. And from there, a short walk and they are home, in the renewed Old City of Yerushalayim! 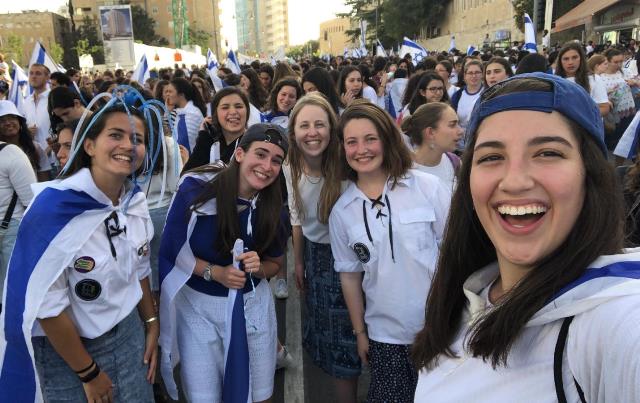 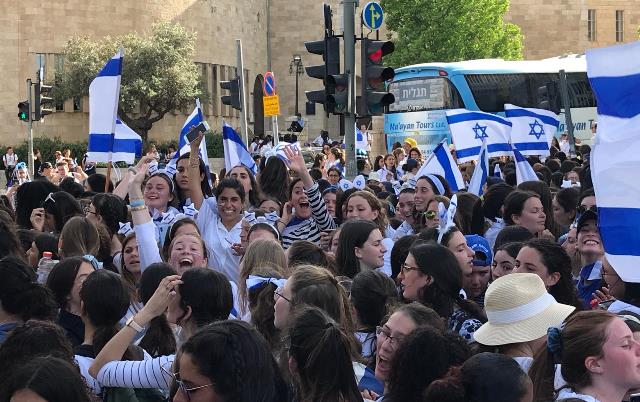 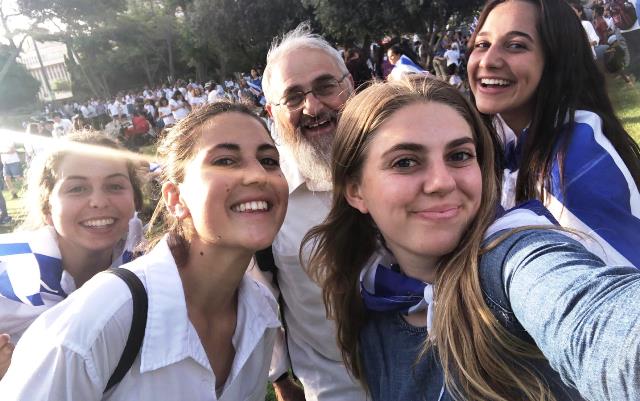 To see more photos, click here to go to our photo album.